Mohamed Salah and Sadio Mane both struck twice as Liverpool cut the gap on Manchester City at the top of the Premier League to three points with a 6-0 thrashing of Leeds at Anfield.

Salah took his tally for the season to 27 in 31 appearances and set up a rare goal for Joel Matip as the Reds registered a ninth consecutive win in all competitions.

Mane rubbed salt in Leeds wounds with two goals in the final 10 minutes before Virgil van Dijk’s header rounded off the scoring.

Attention now turns to Sunday’s League Cup final against Chelsea for Jurgen Klopp’s men and they remain very much in the hunt for a second Premier League title in three years with a clash against City still to come in April.

At the other end of the table, Leeds are looking over their shoulders as Burnley’s 1-0 win over Tottenham cut their cushion over the relegation zone down to three points.

Marcelo Bielsa’s men started brightly and could have taken a shock lead when Daniel James slipped as he dispossessed Liverpool goalkeeper Alisson Becker.

However, Leeds have now conceded the most goals in the Premier League this season with 56.

There was little doubt over the outcome from the moment Stuart Dallas handled Andy Robertson’s cross inside in the box and Salah sent Illan Meslier the wrong way from the spot.

The visitors did have the ball in the net shortly afterwards only for Raphinha to be flagged offside when he forced in Jack Harrison’s low cross to the back post.

Chances continued to flow at the other end with Luis Diaz quickly making himself a favourite among the Anfield crowd as he terrorised a makeshift Leeds back four.

But when Liverpool’s inevitable second arrived it came via an unlikely source as Matip strolled forward, exchanged a one-two with Salah and dinked the ball coolly over the advancing Meslier.

Leeds felt hard done by 10 minutes before the break when Mane was adjudged to have been clipped by Luke Ayling as he burst into the box.

That strike took Liverpool’s tally for the season to 50 goals in just 19 games at Anfield and allowed the hosts to take their foot off the gas in the second half with one eye on Wembley.

Salah should have completed his hat-trick on two occasions as Pascal Struijk hooked a goalbound effort off the line before the Egyptian blazed over from Curtis Jones’ cut-back.

Mane did make it 4-0 10 minutes from time when he rounded off a brilliant move involving Salah and Jordan Henderson with a thumping finish high past Meslier.

The Senegalese had a simple task to get his second in the 90th minute as he pounced to tap into an unguarded net after Meslier parried Divock Origi’s initial effort.

Van Dijk then rose to inflict the final blow with the final touch of the game when he powered home Robertson’s corner. 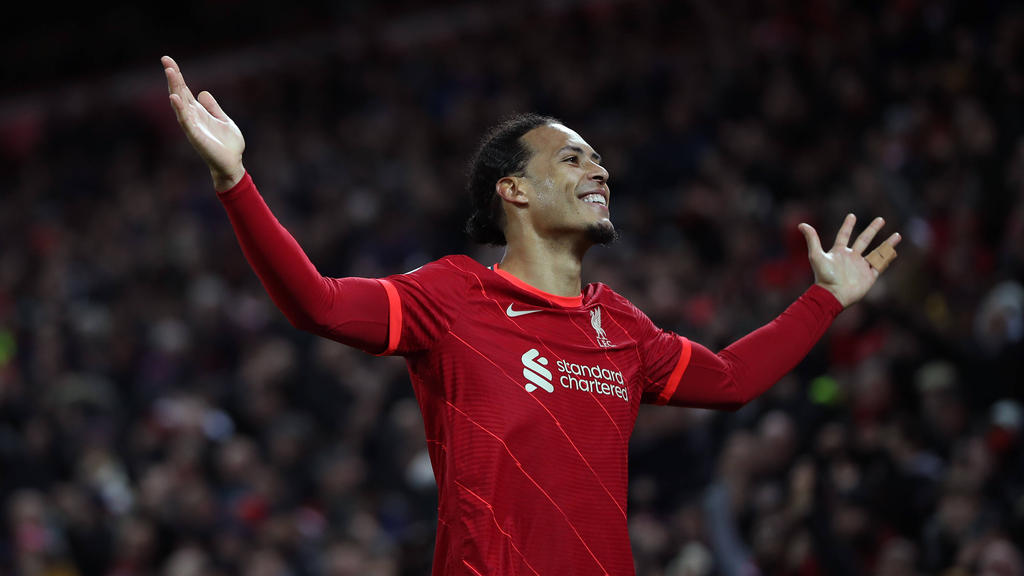